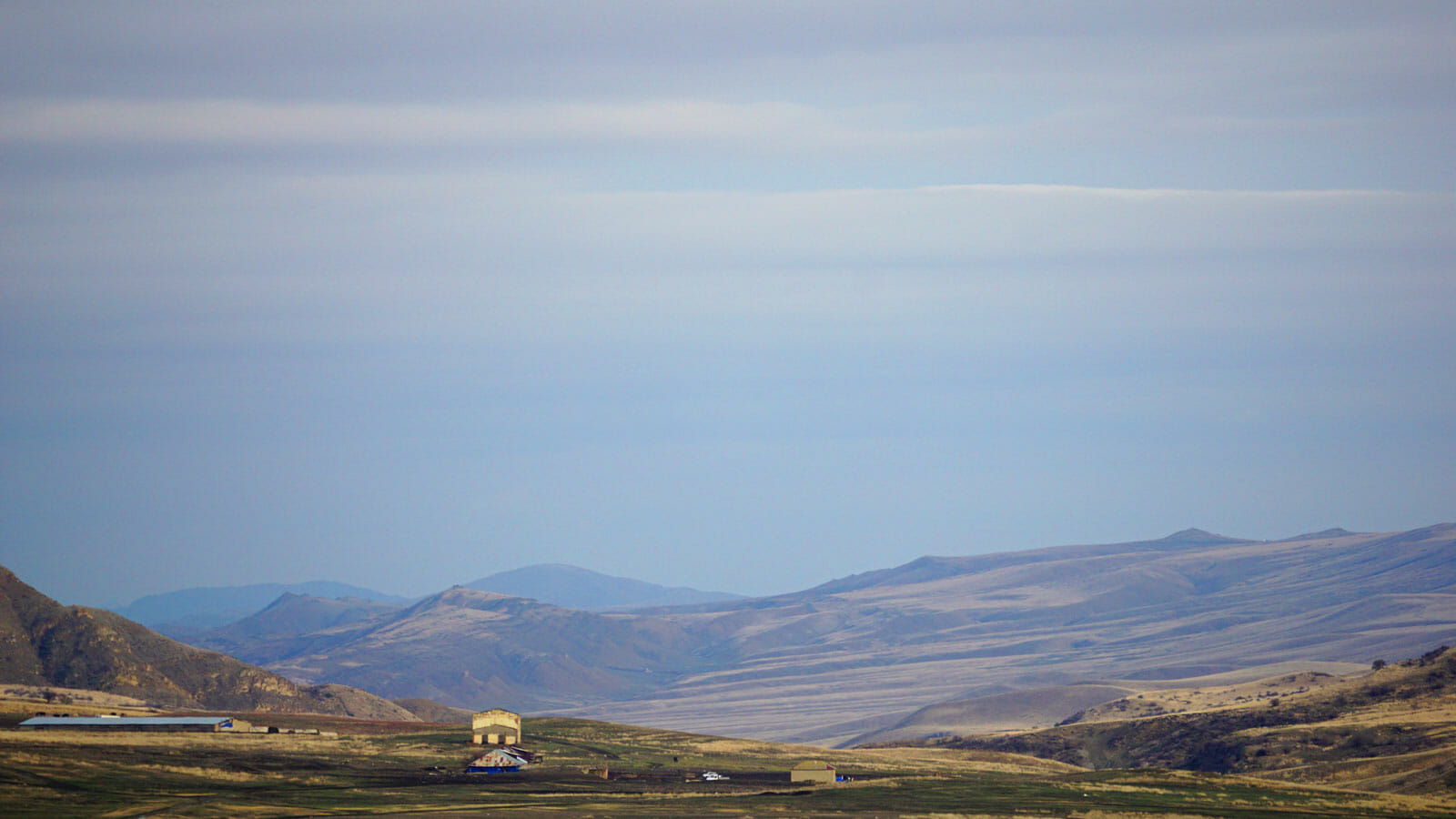 Trail Thoughts: Snow in the desert

The Georgian customs officer motioned for me to step aside as he moved to inspect my backpack. He spotted my box of vitamin supplements on the scanner and wanted to know what they were. “Good vitamins,” I explained, while rubbing my belly with a smile. Still unconvinced, he asked me to open the container. When I handed him the open flask, a strong, carrot-like smell that only natural vitamin pills can produce filled the air.

Suddenly the officer’s stern demeanour was gone, replaced by a playful, boyish grimace on his face. “Whoo! Smells bad!” he exclaimed while motioning over his colleagues to come and have a sniff too. Everyone got in on it, with me resigned to stand there and wait for them to finish making fun of the weird, pungent supplements the Dutch guy brought in. Eventually, after the whole customs section had a laugh, the guy gave me back the flask and asked me a few routine questions about my plans in Georgia.

Plans that, after having changed so many times over the past weeks, were finally somewhat set in stone. After contacting countless hosts, I finally found a great place to volunteer and settle down for a few weeks. Travelling without plans can be liberating, but having at least a sense of direction every now and then sets the mind at ease, you know.

Two weeks earlier I met a British-Estonian couple that told me of a place in southern Georgia called Udabno. This tiny village sits in the middle of a semi-desert and it was no surprise to learn that the word ‘Udabno’ means just that: desert. During the Soviet era, the Russians invested large amounts of resources to turn the region into fertile farm land, but as the Soviet communist dream collapsed, so did the supply of funds and resources to Udabno. This left the place a poor shadow of its former self. Until a Polish couple opened a restaurant with a few cabins there, providing the village with jobs and means to profit from the tourists passing through on their way to a nearby monastery.

Sensing a good story here, I sent an email and got an enthusiastic response asking me to get over there as soon as I could. After having my previous inquiries to other hosts ignored for so long, surely this must be a sign, right? So I packed my backpack, went on a two-day bus journey across Turkey and made it to the Georgian border. Having faced the stern and authoritarian ways of Turkish police and customs officers, the cheerful faces of their Georgian counterparts proved to be a welcome relief. This, combined with the handshake the customs officer gave me after his inspection was done, followed by a heartfelt “Welcome to Georgia!” made me feel really welcome, indeed. Another sign that I was on the right trail once again!

Three days later I was sitting in the by-rider’s seat of a taxi barreling down a broken stretch of road. All around me was a landscape that was getting increasingly more empty with every kilometre driven, until I could see nothing more than grassy hills stretching out in every direction.

The emptier the view became, the more I noticed myself getting excited. Here I finally found a piece of real wilderness! The environment reminded me of the Scottish highlands, green and brown hills that seemed to go on forever. The low, rainy clouds played their part in this, no doubt. After my initial disappointment along the Lycian Way where every valley seemed spoiled by a cluster of buildings or some construction effort, the open hills of this region held a promise of great isolation and a sense of adventure that I had been missing for weeks.

After a good night’s sleep I awoke the next morning to an unexpected sight from my bedroom window. It had snowed during the night, causing a near whiteout where everything was either covered in snow or low-hanging clouds. Covering the distant hills in a coat as white as the clouds, the late winter snows blurred the line between earth and sky, adding to the surreal sense of being on another planet. And even though the snows have since melted away, the sense of being in a truly unique place hasn’t left me since. 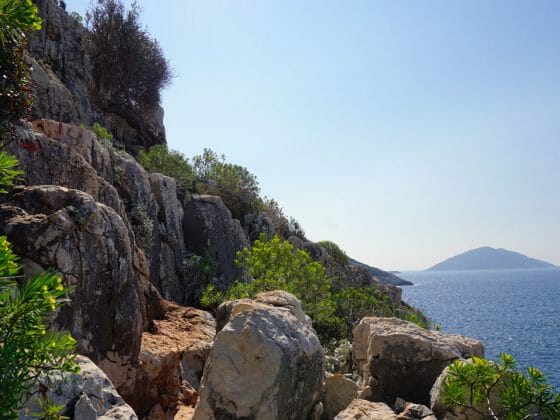 A Practical Guide to the Lycian Way 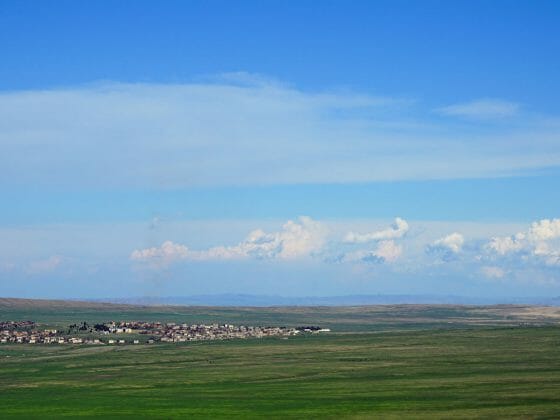