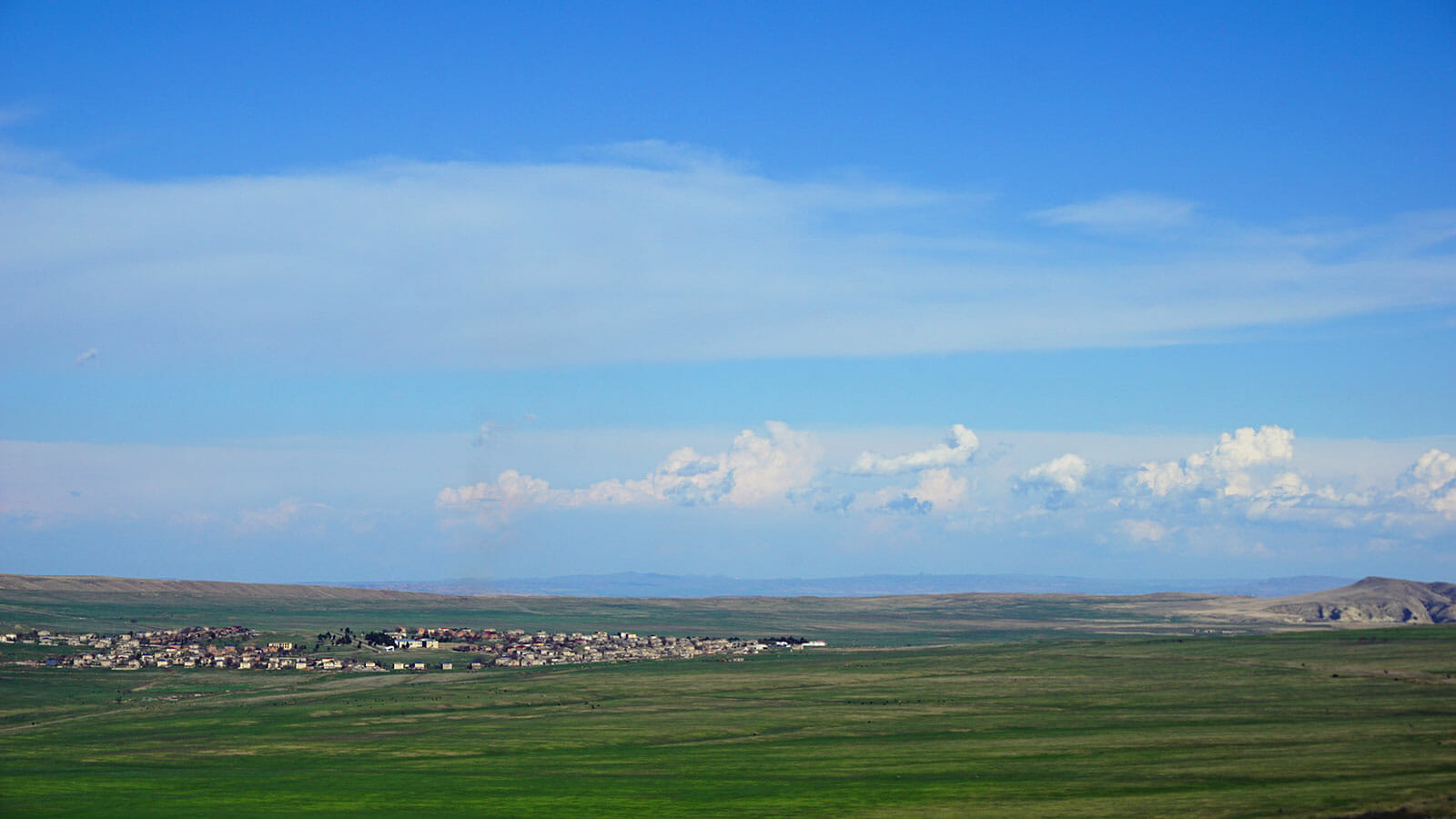 One of the main things that attracted me to volunteering in Udabno was the prospect of hiking the hills surrounding this tiny village in the middle of nowhere. The seeming infinity of the landscape works a strong, irresistible pull on me that only grows stronger every day; the confines of daily hostel chores, people and noise that come with living together with almost ten people often leave me desperate for some time alone in the hills.

This time of year, there’s a slight obstacle for those who would make the semi-desert surrounding Udabno their personal retreat, though. In the winter months local shepherds use the hills to graze their flocks of sheep. To protect their livestock from wolves they employ fierce dogs, most famous of which is the Caucasian Shepherd breed, huge and fearless. Other breeds are used too, all just as protective of the herd. As a result, I’ve been getting very mixed reactions from locals to my plans of hiking the hills.

Some locals simply stated it to be too dangerous; the shepherd dogs would attack me if I come too close to their herds. What exactly would be ‘too close’, no one could say, as you can never know what’s directly on the other side of a hill, for example. I was told I should wait for summer when the herds move to higher pastures. Others told me hiking would be possible, as long as I stayed far away from the herds, went the other way when I saw one and avoid line-of-sight breaking hilltops or canyons. They also told me bringing along some meat or bread for the dogs would help.

At first I was resigned to give up on my hiking plans, not willing to risk dog attacks. After days of being cooped up in the village however, I was more than ready to strike out on my own for a day. My situation reminded me of an observation I made on my arrival here, when Udabno seemed an island of concrete in a sea of green and brown. This observation proved accurate in some way, as it truly is an island of sorts, where everything and everyone visiting this region eventually washes up on the shores of our little hostel, hungry for a bite to eat or eager for a night’s sleep.

If Udabno is an island, these shepherd dogs are the sharks stalking its surrounding coral reefs, preventing me from getting out on my own. This would effectively turn this peaceful island of a village in a place where I’d be trapped, doomed to watch the beauty all around me but never able to go out and enjoy it the way I would want.

On my next day off, I found myself wandering towards a point in the distance, enjoying the open fields and some much-needed solitude. I was surrounded by tall, golden grass and birds that didn’t seem bothered in the least by my presence. I had an empty blue sky above, not a worry in my head and the world stretching out in all directions around me. Sticking to the higher points along a series of ridges and hills I was able to overlook the valleys around me, spotting herds of sheep from a distance and picking a route to avoid them.

After feeling mentally recharged and being satisfyingly winded from the day’s hike, it struck me that sometimes ignoring local warnings and sticking with your personal instincts gets you further than you might think. Had I believed everything the village dwellers warned me of, I might have stayed in Udabno torturing myself with merely watching the breathtaking landscape all around. Village dwellers who, come to think of it, don’t really understand the concept of hiking for fun and relaxation anyway.

Trail Thoughts: Snow in the desert